The origins of Cothill House can be traced back to 1870, when it was first established by C.W.Carles, a graduate from Lincoln College, Oxford, in the grounds of Darlaston Hall in Meriden, Warwickshire. In 1879, when larger accommodation was needed, the school moved to the current site we know today. Cothill House was originally the parsonage occupied by the first Vicar of Dry Sanford, the Rev. H.C.Adams who had founded Dry Sandford Village/Church School in 1870. The property was purchased by C.W.Carles for the sum of £2900 and he set about expanding the school by building six dormitories, the dining hall and the big school room. The fees were £100 per annum (boys under 13, 80 guineas), with a termly £1 charged for washing and £2 for Music. The boys started school when they were old enough to commence the Latin Grammar. In 1879 there were a total of 29 boys in the school; by 1881 the number had risen to 40. 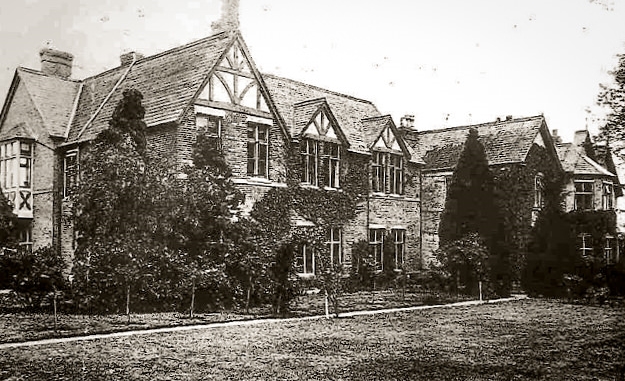 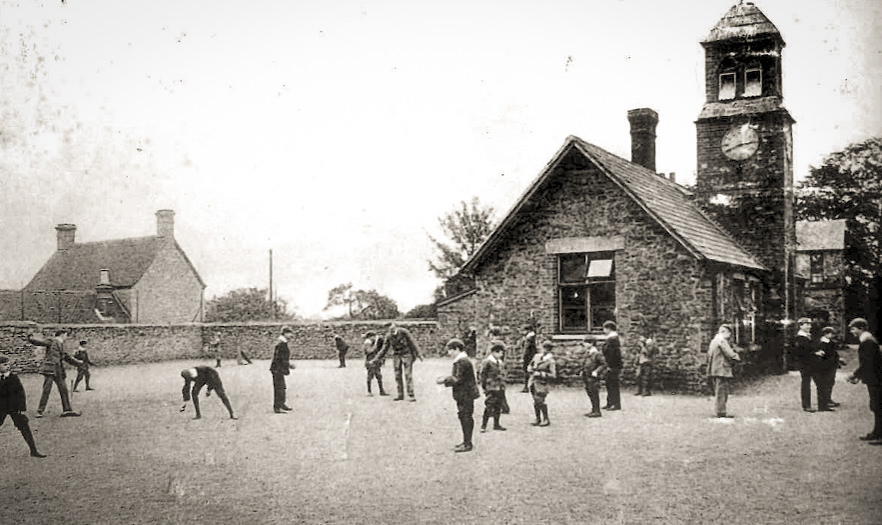 The school changed hands in 1894 due to the ill health of Mr.Carles. It was acquired by Messrs Dauglish and Knowles for the sum of £3000 – they had both been prominent athletes at Harrow. It was at this point that the first documentation of the school was initiated with names of boys entering the school, recorded on the honours boards situated in the dining hall – a tradition which still occurs today. In the early 1900’s the boys were taught Latin, Greek, Maths, French and English. The uniform consisted of a flannel shirt with an Eton collar, a knickerbocker suit and strong boots. The boys had a daily cold bath and were allowed one weekly hot bath. Lunch in the dining hall was plentiful, with maids offering beef or mutton. After lunch, extra fruit was provided to those whose parents had paid for it. 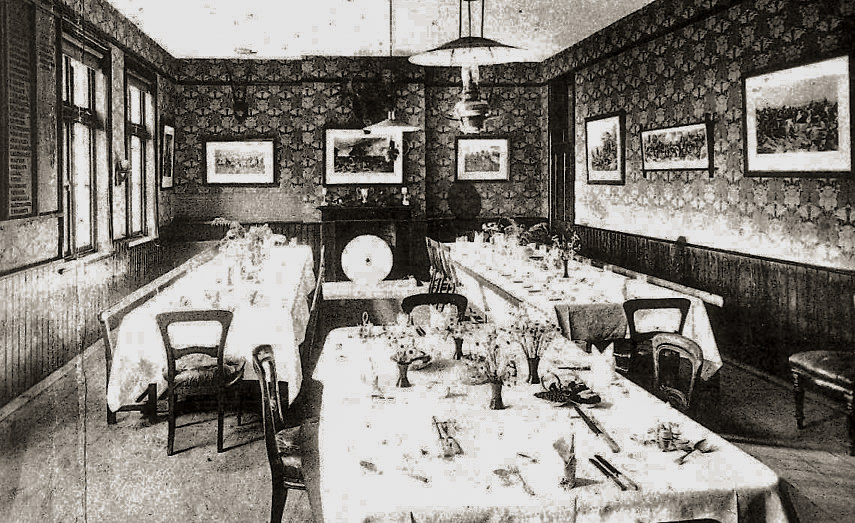 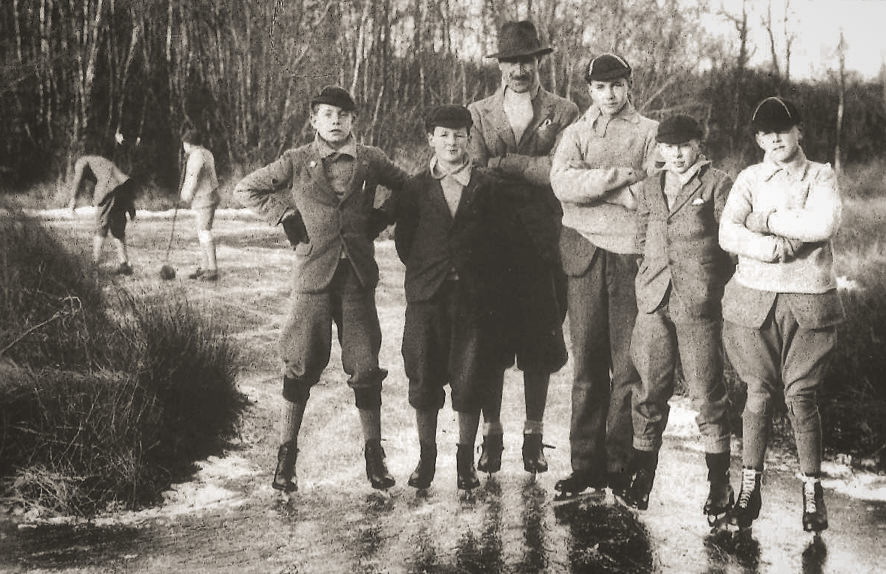 During the Great War, the day to day life at Cothill seemed largely uninterrupted but for the occasional aeroplane flying over the school, which the boys were allowed out of the classroom to watch. One day, there was great excitement when an old Cothillian landed in a Sopwith plane in an adjacent field to pay his respects to the Headmaster. However, there was a constant reminder of the war, when boys were sent for to be informed of a death in the family. On the 12th November 1918, Mr.Dauglish announced the end of the war. Cakes and tinned fruit were provided for tea and the boys marched around the grounds waving flags. In 1920, a war memorial was commissioned, costing £400. It occupies the north wall of the dining hall and contains the names of 31 old Cothillians that died in the war. Mr.Dauglish continued to run Cothill for a further four years after the war; he was superseded by Mr.Tomkinson who had always kept meticulous records regarding the finances. Messrs Dauglish and Tomkinson each received a salary of £50 per term and, by 1922, the fees were £45 per term. In 1924, three tennis courts were created behind the cricket pavilion and a nine hole golf course was laid out; senior boys were responsible for the upkeep of the bunkers and greens. 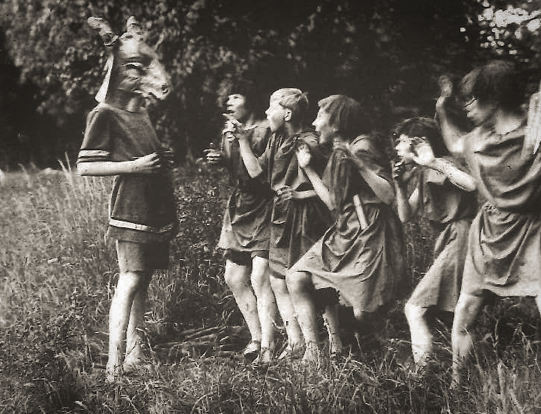 1927 saw the departure of the Tomkinsons and the arrival of Major Sam Pike. Major Pike saw his job as training the Cothill boys to be the future leaders of Britain: men of integrity; wise, tolerant, kind men of vision and Christian ideals. He started the Cothill House Magazine in 1929 and had the New Hall built in 1933. 1933 was also a good year for the 1st XI soccer side, who played ten matches, scored 61 goals and only conceded 4.

The start of World War II saw the creation of a concrete air-raid shelter (big enough to accommodate the whole school), and the stockpiling of Molotov Cocktails to be lobbed over the Headmaster’s garden wall, if ever the Panzers reached Oxfordshire! One old boy, serving in the navy, presented the school with the two massive ship’s wheels (now on the front of the Complex) which he had taken from a captured Italian merchantman. In 1945, Major Pike wrote in the School Magazine: ‘Shall we grasp the great opportunity given to us that we mould a finer and better world for the future?’ One would like to think that we have. 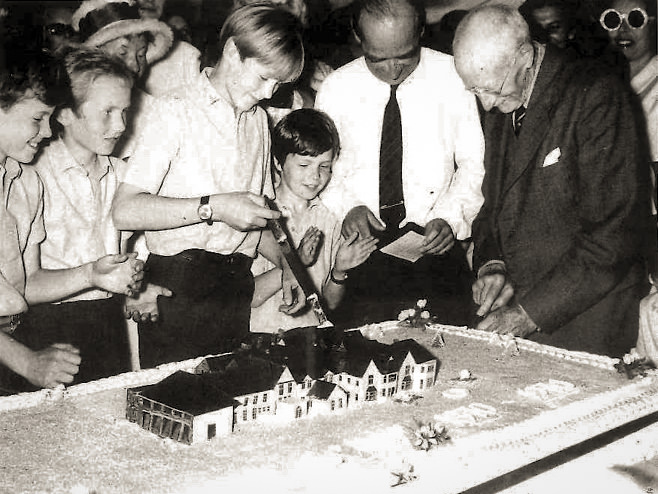 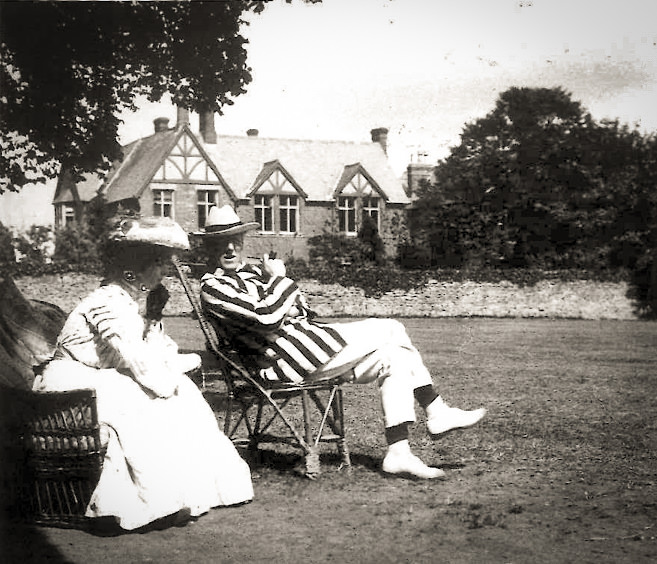 By the time the school was inspected in 1951, numbers had grown to 101 and the fees were 80 guineas a term. The school went from strength to strength during this decade and Major Sam Pike finally retired in 1962, handing over the reins to his son, Major George Pike. George introduced the first-ever Exeat or ‘Long Leave’ in 1963. This exciting innovation was viewed with suspicion by both staff and parents, but was extended subsequently and is now taken for granted. It was also the year that Cothill employed its first school secretary. Further excitement came in 1966, when a BBC film crew spent three weeks in the school for their series ‘The World of a Child.’ Among other things, it showed us the Sunday picnics in the woods and Yard Cricket - then known as ‘snob’ - which remains as popular now as it has ever been.

The 1960s were not easy years for private schools and in 1969, Cothill became a registered charitable trust. One of the first things that this new trust had to sanction was the celebration of the school centenary in 1970. This was a heady affair and, among other things, involved the band of the Royal Scots Guards and the launching of a hot air balloon. Fees were a hefty £215 per term, but it was money well spent, now that rugby football had been introduced and judo and fencing had replaced boxing.

In 1976, on the retirement of George Pike, Adrian Richardson was appointed Headmaster. Adrian Richardson was destined to take the school on to great things, but not before he had to deal with the ravages of a fire in 1978, which destroyed most of the first floor at one end of the main building. The rebuild was the first of several major projects, including the construction of new science laboratories (the Pike Building) and the purchase of the Château de Sauveterre and Chandlings Manor. And so the school entered the modern era and has continued to develop apace, both under Adrian’s successor, Neil Brooks, and now under Duncan Bailey. We look forward to celebrating our 150th anniversary in 2020!